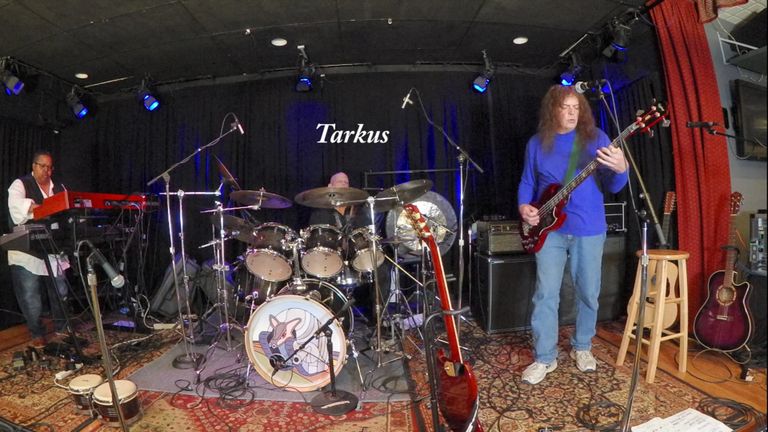 From the Beginning at Kennett Flash

Keith Turner grew up playing piano in the golden age of R & B, Classic Rock,  and Motown,the 60’s & 70’s. He studied music at CCC while writing and performing originals and ELP  for his class which included the late Billy Paul. Keith was ecstatic when asked to play in Tarkus. Keith Emerson was one of my earliest influences shall we say “From the Beginning!

Joe Mignogna comes from a very musical family. His dad loved Sinatra and grew up in the 40’s & 50’s. Joe’s uncle was a professional drummer in the 60’s and gave Joe his first lesson on the drums.  Joe’s first band had a drummer and needed a bassist so the bass it was for Joe.  The first time Joe listened to Tarkus by ELP it was all over. He would dream about having the opportunity to play this great music and now that dream is a reality.

John started drumming at age 13. His influences include John Bonham, Carl Palmer, Dave Weckl and Buddy Rich among many others. He studied with local instructors and played in school bands as a teenager. After years of playing in area clubs, he moved out west to attend The Musicians Institute in Hollywood, CA where he graduated with honors.

John toured the Vegas casino circuit and the world aboard cruise ships before returning to his native Delaware where he seeks challenging musical opportunities such as Tarkus.

Do you have questions, want to book a show? Reach out and let's make music happen.